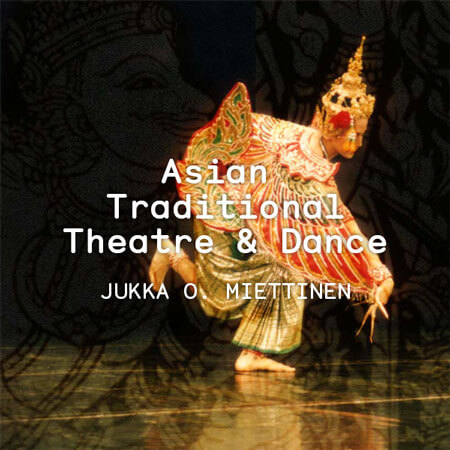 This vastly illustrated web-based material is an introduction to Asian theatre and dance traditions. It can be used as a virtual textbook for university students as well as a handbook for general readers. With its search-by-word facility it also serves as an encyclopedia of names and terms related to the Asian performing arts.

The introductory chapter discusses those specific aspects of Asian traditions that differ from the Western ones, while the origins of theatrical traditions are also examined. Geographically, the material proceeds from west to east.

Each chapter starts with a country profile and provides a map and essential information on population, ethnicities, languages, and religions. This profile is followed by a general introduction to the theatre and dance traditions of the particular country. Special attention is paid on the kind of information that early visual evidence, such as sculptures, gives about the early forms of Asian theatrical arts.

The core chapters, dedicated to specific theatre and dance styles or traditions, describe what is known about their early developments as well as their present state. Altogether some 120 theatrical genres are introduced, each in its own chapter. Special attention is paid to the literary contents and acting techniques. Pop-up texts give further information about specific features, such as masks, costumes, and make-up conventions.

Furthermore, synopses of important epics and dramas are provided in order to give the reader an overall view of the ideas the performances generate as well as the background to their cultural contexts. Additional articles give further in-depth information. The final article, “From East to West, from West to East” by Dr Anna Thuring focuses on the controversies in cultural exchanges between Asia and the Western world.

Dozens of video clips and some 1200 photographs have been provided in order to visualise these colourful traditions with their intricate acting techniques and masks or make-up practices.

Research and the compilation of information stretch back over three decades. Dr. Jukka O. Miettinen published his first book on Asian theatre in 1984 (Jumalia, sankareita, demoneja, Teak). Its section on Southeast Asia was further elaborated in his book published in 1992 (Classical Dance and Theatre in South-east Asia, Oxford University Press). The “forerunner” of this present material was the web-based material he compiled together with Mr. Veli Rosenberg in 1996 (Aasialaisen teatterin ja tanssin historia, Theatre Academy, Helsinki).

The contents of this material, which corresponds to a book of much more than 1000 pages, are the result of collaboration among several writers and specialists.

The editor and main writer is Dr. Jukka O. Miettinen. He holds a Doctorate in the Art of Dance. He has worked as a UNESCO Junior Expert for Asian Culture and is one of the founders and Artistic Director of the annual Asia in Helsinki Festival. He is a senior lecturer at the University of the Arts Helsinki, Theatre Academy, and teaches also at the University of Helsinki. His many publications include “Classical Dance and Theatre in South-East Asia” (Oxford University Press, 1992) and “Dance Images in the Temples of Mainland Southeast Asia” (Acta Scenica, 2008).

Several writers contributed to the section on Chinese theatre and dance. Mr. Veli Rosenberg is a long-term chair of the Finnish–Chinese Society. He has done research into Chinese theatre and has organised a number of visits of Chinese theatre groups both to Finland and to the other Nordic countries. Dr. Stefan Kuzay teaches Chinese language and Asian theatre traditions at Helsinki University. Mr. Pertti Seppälä is a scholar specializing in the literature and arts of China.

Dr. Anna Thuring, who wrote the final chapter, is a researcher specializing on exchanges of Asian and Western performing arts. Professor Ari Tenhula contributed an article on Japanese butoh dance.