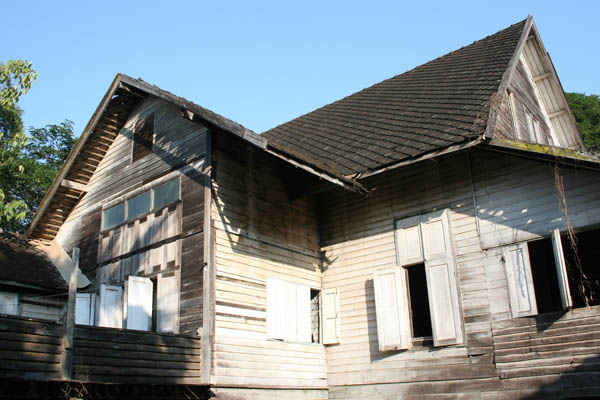 As a follow-up to the Community-based Architectural Heritage Preservation project in 2009-2011, this proposed project will assist the Phrae Christian Hospital in restoring a 100-year old building, and setting up a museum, using the funding from the Foundation of the Church of Christ in Thailand (FCCT).  During the process, the building site will be used as a case study on architectural restoration and exhibition design for the region.  It is expected that the restoration project can be submitted to the UNESCO Asia-Pacific Heritage Awards for Culture Heritage Conservation.

During the implementation of the Community-based Architectural Heritage Preservation Project in Phrae, Thailand, in 2009-2011, an old missionary house located in the Phrae Christian Hospital became known to those involved in the project.  The house was built by Presbyterian missionaries who settled in Phrae in the early 20th Century, and served as one of the stations in north Thailand for the missionaries.  The house is estimated to be 100 years old, and its architectural style is different from other old buildings in the province; it was built in an American colonial style mixed with local traditional style.  It is believed that the house was constructed by Chinese builders as there were Chinese writings on many pieces of timbers.  The Director of the Phrae Christian Hospital requested SPAFA to help develop a conservation plan to restore the house, and to turn it into a museum.  At present, the Foundation of the Church of Christ in Thailand has approved the decision, and asked SPAFA to assist them with the restoration and the museum project.

The local community in Phrae, especially the Christian community, will directly benefit from the project while others, including architecture and design students in the region will have an opportunity to learn from the project.

The project will consist of the following: