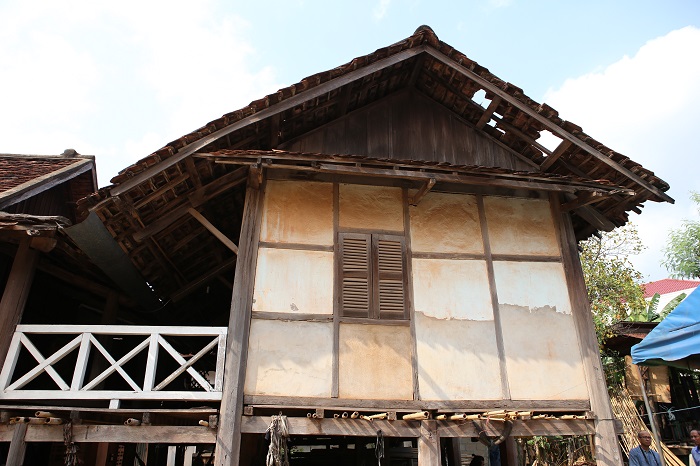 Vernacular architecture forms a significant part of heritage, but is often neglected due to the fact that priorities are often given to the heritage of national and international significance. Since vernacular architecture in Southeast Asia tends to be built from local materials, such as wood, it does not last in the tropical environment. Many buildings were built following an assumption that they were to be rebuilt or repaired, and that the materials used would always be available, but in reality, with the scarcity of resources, they would normally be left to ruin.

The purpose of this proposed research project is to conduct a study and documentation of vernacular architecture in other SEAMEO countries using the community-based approach, in order to preserve and protect the built heritage, as well as to expand the knowledge of vernacular architecture in the region.  It will also contribute to capacity-building for the local staff responsible for the project, and promote the community-based approach in heritage conservation.

This research project takes on the example of the project entitled “Community-Based Architectural Heritage Preservation in Phrae, Thailand” which took place in 2009-2011, and was partially funded by the US Ambassador’s Fund for Cultural Preservation.  (The project studied the history of the vernacular houses in Phrae, and documented the architecture of 11 old houses.)

The first research project of the series is planned in Thailand and Lao PDR. Participants from Lao PDR will be invited to participate in a training workshop in Phrae, Thailand, in order to learn about the Phrae community-based heritage preservation activities, which have been ongoing since 2004, and the methods of architectural and historical documentation. The training workshop will also be joined by school teachers and interested individuals from Phrae. During the workshop, the Laotian team will have an opportunity to practice historical and architectural documentation at a site in Phrae. After completing the workshop in Thailand, the Laotian team will conduct a historical and architectural documentation of at least one vernacular building at a selected site in Lao PDR, which will be supervised by the resource people from Phrae and SEAMEO SPAFA.  The results will be published as an online publication by SEAMEO SPAFA.