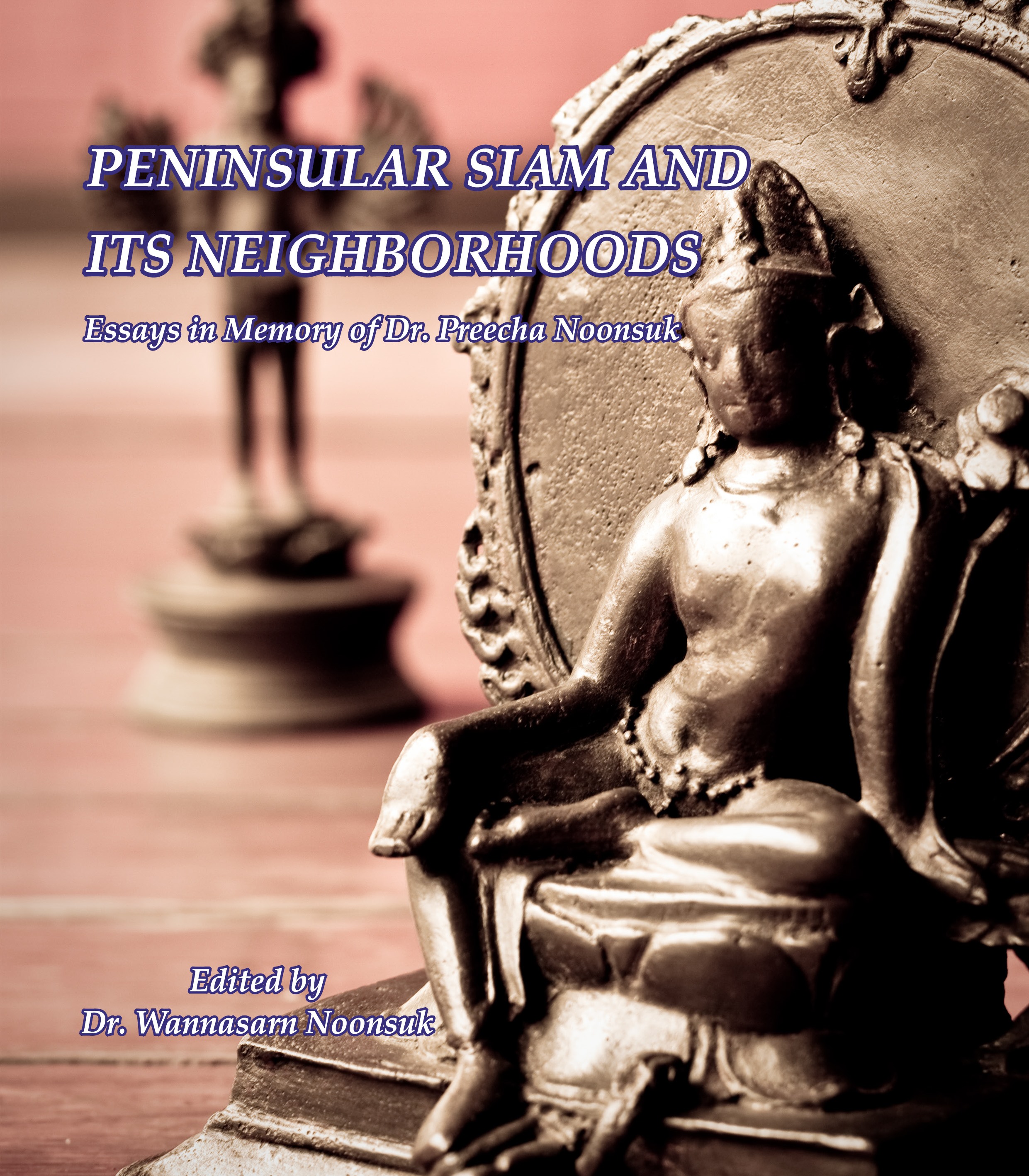 Peninsular Siam (Thailand) located between the Indian and Pacific Oceans has been a strategic region in the East-West trade and ancient globalization. This commemorative volume contains new scholarly essays that explore the landscape, seascape, complex history, and material culture of Peninsular Siam and its neighborhoods in Maritime Southeast Asia from the late prehistoric to contemporary periods.

The main contents include:

1. Prologue: The Isthmian Tract and the Gulf of Siam, by Wannasarn Noonsuk

2. Finding a Form, Discovering the Sublime [on the Bronze Drums], by Stanley J. O’Connor

3. People of the Beach Ridges: Tambralinga and Palembang, by John Miksic

4. Transpeninsular Routes in the Light of New Finds in Coastal and Nautical Archaeology, by Pierre-Yves Manguin

5. The Wat Maheyong Inscription (NS 10, K 407): The Thai-Malay Peninsula in the Wide World of Buddhist Material and Cultural Exchange, by Peter Skilling

6. The Northern Malays, by Leonard Andaya

7. Ayutthaya and the Peninsula from the Thirteenth to Seventeenth Century, by Chris Baker and Pasuk Phongpaichit

8. A Deity Conjured from the Mid-South’s Ancient Heritage, by Craig J. Reynolds

11. Epilogue: From Father to Son: A Meditative Journey to “Bead Mound” and Back, by Kaja M. McGowan

This book is not a SEAMEO SPAFA publication. It is a publication by the Cultural Council of Nakhon Si Thammarat Province, December 2017.  If you are interested in the book, please contact Ms. Leelachat (bigredbear3@gmail.com) (https://peninsularsiam.wordpress.com/).