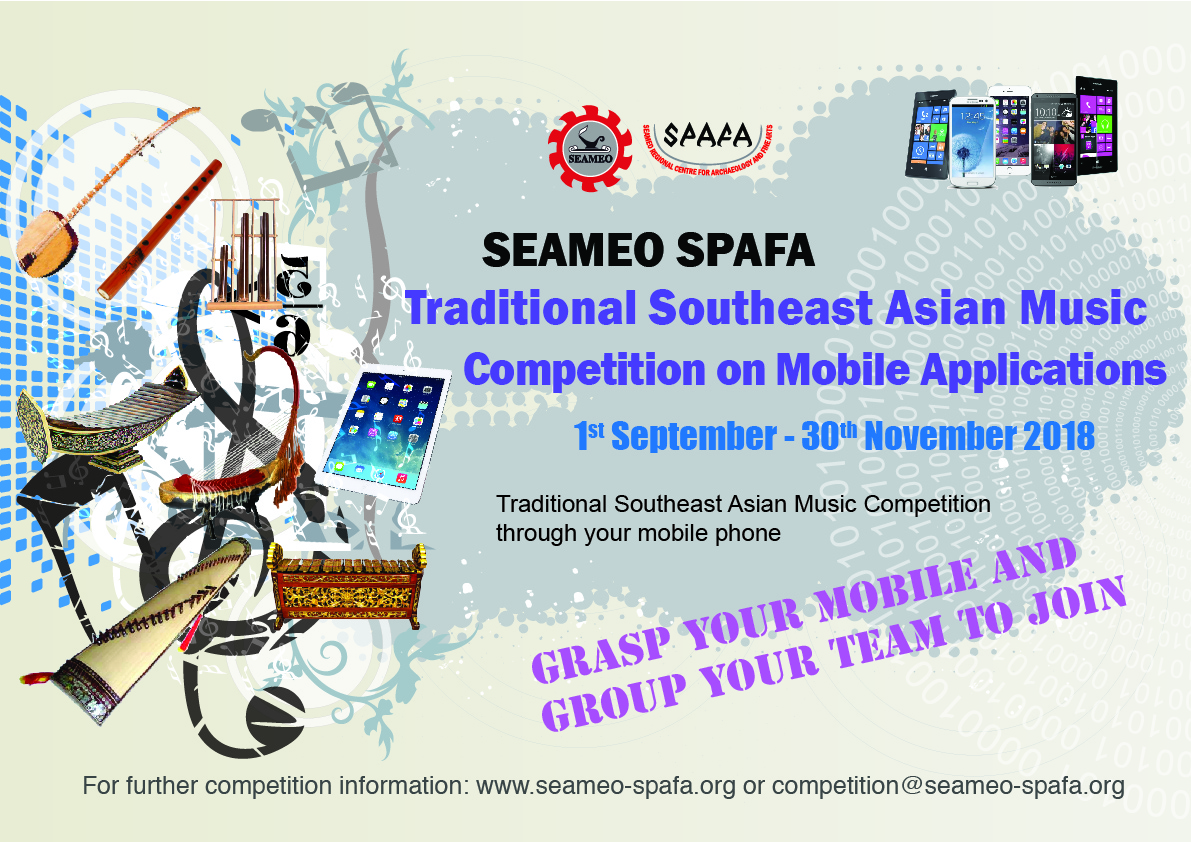 1. Identification of available digital music applications and other music resources

2. Official announcement of the competition via SEAMEO SPAFA’s website and social media platforms.

5. Judging criteria and scoring, according to the following:

Guidelines of the Competition